Home Technology Tron Price Prediction For 2022 – What Are The Factors That Can... 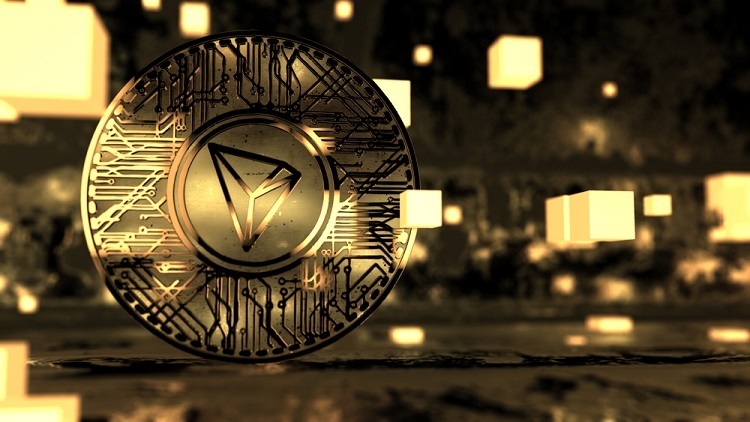 Tron (TRX) is a blockchain-based decentralized protocol that aims to establish a global free content entertainment system. It allows users to publish, store and own data, which they can control and freely distribute. The Tronix cryptocurrency is used as the medium of exchange between content creators, consumers, and advertisers.

Tron is an ambitious project with a clear vision and goal. It aims to revolutionize the entertainment industry by eliminating middlemen such as YouTube and Facebook. The company believes that blockchain technology can help make this happen by creating an ecosystem where content creators get rewarded for their content directly from consumers instead of relying on ads or subscriptions from companies like Netflix or Spotify.

Tron also aims to decentralize web content so that there will be no censorship or control over what users see online. This is similar to what projects like Steemit have been trying to do since they launched several years ago, but Steemit still relies on centralized servers while TRON plans on making everything decentralized (blockchain-based).

A wallet is a software application that stores private keys used for sending and receiving TRX tokens from exchanges or other wallets. It offers basic functions such as sending/receiving funds and storing them securely in cold storage through multiple signatures required for each transaction confirmation

Factors that could lead to a growth in value:

The following are some factors which may lead to an increase in value for TRON:

The main factor that will have an impact on the price of TRX is its technology. The team behind Tron has come up with a unique solution for storing large amounts of data on the blockchain. This means that users will be able to upload their files onto the network for free and share them with anyone who wants to access them. This makes the TRX coin very attractive for investors because it offers them an opportunity to make money from their own content without having to pay any fees or royalties.

Tron has almost 100 million users on its platform which makes it one of the most popular cryptocurrencies around today. This means that there are millions of people who rely on Tron for their daily needs like sending money across borders or buying groceries online using their crypto wallets. The more people who use your network means more demand for your token which will result in a price increase over time.

The Tron team includes individuals who have previously worked at companies such as Alibaba, Tencent, Baidu etc. They have extensive experience building large-scale platforms and infrastructure solutions which will lend credibility to their project and help them execute their vision successfully. Check out latoken review

With its fast transaction speed, low transaction fees, and free transactions, developers are highly attracted by the ease of use of this network. This will lead to more developers creating DApps on it making it more attractive to users who want their transactions done quickly and cheaply.

Increase In Users On Tron Network

As more people get interested in the Tron blockchain because of its low transaction fees and fast processing time, more users will join its network increasing its popularity which will, in turn, drive up its value thus making it more valuable over time as more people join .

The community plays a critical role in any cryptocurrency’s success or failure. This is especially true for projects like Tron which have been built on principles of decentralization and freedom from censorship. In order to succeed, these projects need strong support from the community, so when things go wrong, it becomes difficult for them to recover swiftly (if at all). If we look at other decentralized platforms such as Bitcoin, we can see that they rely heavily on their communities for support, even though much of the development work happens behind closed doors without any direct involvement from the community members themselves.

Tron is launching its main net on May 31st and this event could be a huge boost for TRX because it will give users a chance to move their TRX tokens off exchanges and onto their own wallets. This means that they will have more control over their funds and they won’t have to rely on third parties such as exchanges for anything related to transactions. Not only that, but it also means that developers can start building applications on top of its blockchain platform which will help them reach out more users and bring more value into the ecosystem. The launch date for MainNet has already been pushed back several times due to bugs found during testing phases so it remains unclear if everything will go according.

If Tron is able to execute their development plans, then this platform has a chance of revolutionizing the entertainment industry. While Tron’s main net has yet to launch, we’re already seeing its impact on the crypto marketplace. Given this momentum, it wouldn’t be too far-fetched to imagine that Tron could continue to grow throughout 2018, and maybe even into 2019. If it does manage to capture 0.15% of the market cap of Bitcoin by 2022, then TRX would be worth 5x-10x its current price–closer to $70 than $1. Its success will depend on whether developers can use the network enough to make tokens scarce, but if they can do that much I think they can rouse 100 million unique monthly users.

The Importance Of Industrial Power Converters

Difference between FTTP and FTTC

The Ecosystem: 7 Simple Tips for Sharing Files Between Your Apple Devices

Escape from Tarkov – Things you need to know